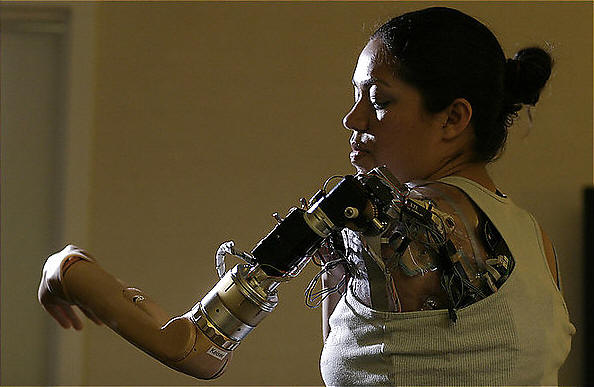 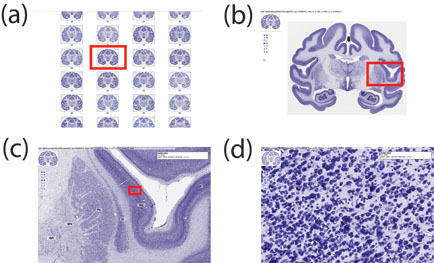 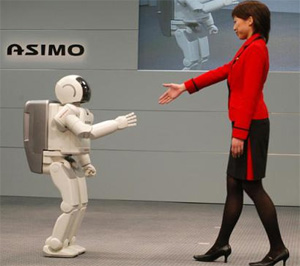 the Association for the Scientific Study of Consciousness (1994)

in their collaborative book The Self and its Brain, Eccles and Popper (1977) 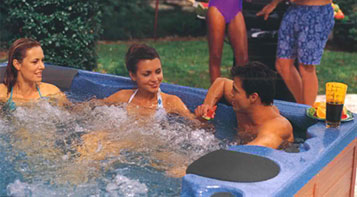 the Society for Neuroscience (1969)

REM sleep (1953) was discovered by Eugene Aserinsky and Nathaniel Kleitman

to uncover the neural components of memory, which he called engrams

Norbert Wiener's Cybernetics; or Control and Communication in the Animal and the Machine (1948)

Walter Rudolph Hess' research (1932) showed that the interbrain is

responsible for coordinating the activities of the body's internal organs

Henry Head, a British neuroscientist, publishes Studies in Neurology (1911) In it, he disputes the prevailing theories about aphasia and

argues that speech is not a localized function. He also conducts important studies with the Irish neurologist, Sir Gordon Holmes, on the

neurophysiology of sensory perception in the cerebral cortex, focusing particularly on patients' spatial perceptions of their own bodies.

Sigmund Freud published his groundbreaking work, The Interpretation of Dreams (1900)

George Stratton's Vision without inversion of the retinal image (1897) 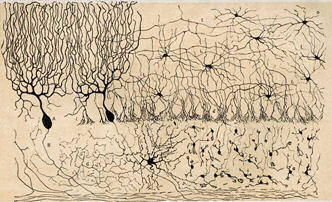 and functional´units of the nervous system. The theory was put forward by Santiago Ramón y Cajal 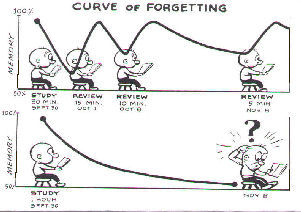 David Ferrier's Functions of the Brain (1876)

Eduard Hitzig's On the Electrical Excitability of the Cerebrum (1870)

Phineas Gage (1848) a railroad worker, survived a bizarre accident in which the frontal lobe of his brain is pierced by an iron rod during

an explosion. Although he eventually recovered, he experienced profound mood and behavior changes. By all accounts, a quiet,
industrious worker before the accident, Gage became a surly, combative man who can not hold down a job. This famous case,
now found in countless neuroscience textbooks, was an important milestone in the study of the brain's anatomy because it suggested
that key parts of the personality resided in the frontal lobe. These findings indirectly led to the development of the procedure called
lobotomy, which was based on the theory that removing portions of the frontal lobe could cure mental derangement and depression. 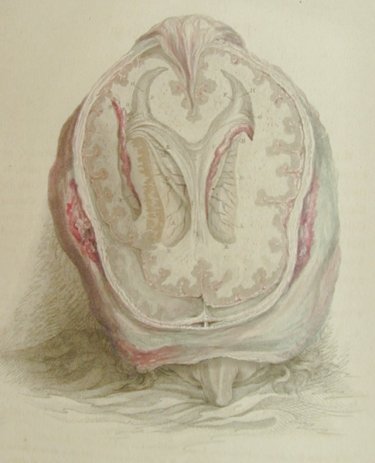 Charles Bell (1811) a Scottish surgeon, established that the nerves for each of the senses can be traced from specific areas of the brain

to their end organs. For example, he made distinctions between the cranial nerve, which is connected to chewing, and the cranial
nerve, which controls muscles of expression. He also demonstrated that motor and sensory functions are anatomically separated in

the spinal roots. Previously, it had been believed that the two functions were combined. 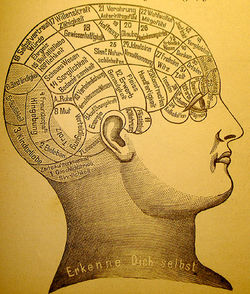 John Dalton (1798) who was red-green colorblind, provides a scientific description of color blindness

Thomas Willis (1664) a professor at Oxford, wrote the first monograph on brain anatomy and physiology, Cerebri Anatome.
In his book, he stated that the cerebral hemispheres, which constitute 70% of the human brain, determine thought and
action and are completely separate from the part of the brain that controls basic motor functions like walking. He also located
specific mental functions within the corpus callosum, corpus striatum and the cerebellum and introduced the words; 'neurology,'
'hemisphere,' 'lobe,' 'pyramid,' 'corpus striatum,' and 'penduncle' into the modern vocabulary. His work is influential in leading
future neuroscientists to study the functional contributions of individual brain parts. 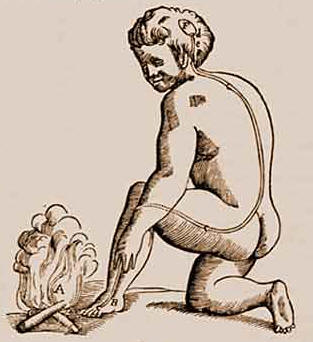 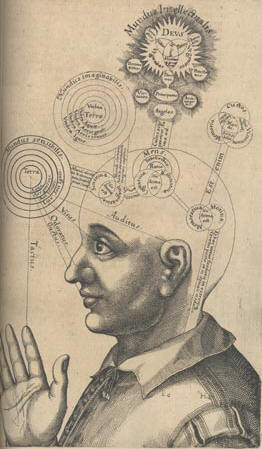 the pons (1573) was named by Constanzo Varolio

on the workings of the nerves and the brain. 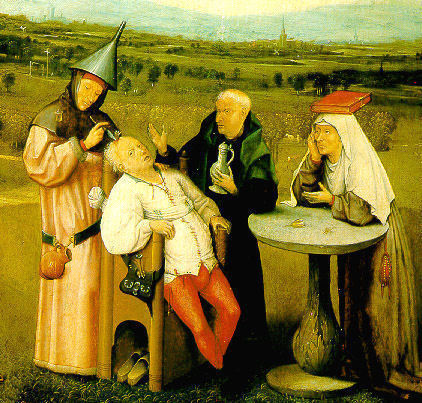 Brain studies ceased during the Middle Ages (1100-1500) due to a church ban on human dissection and the study of anatomy.
Despite this restriction, primitive brain surgery continues to be performed by enterprising barbers who roam the countryside
offering to remove the "stone of madness" or "pierre de follie" from the skulls of the mentally ill. The only true surgeons of this
period are educated clerics who practice medicine, but carefully eschew anatomical studies so as not to run afoul of the
church ban against the desecration of the body 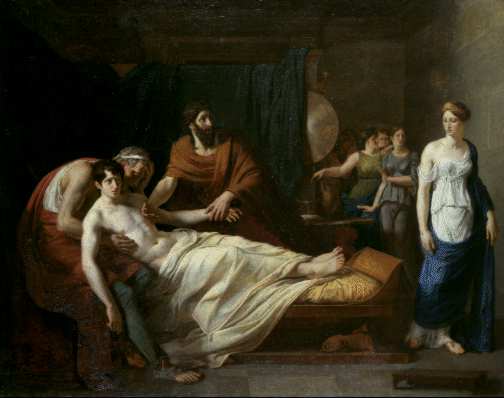 Herophilus and Erasistratus (300 bc) two of the major Alexandrian biologists, were the first to dissect a human body

and compare it with other animals  they wrote the first detailed account of the structure of the brain and heart,

and concluded that the seat of intelligence lies in the ventricles of the brain. They also discovered the nervous system,

which they classify into different types of nerves. In this classification, they made the important distinction

between motor and sensory nerves.

Plato's conception of a triune soul (360 bc)

the optic nerves. His work led him to propose that the brain was the central organ of sensation and thought

the Edwin Smith Surgical Papyrus (1600 bc) 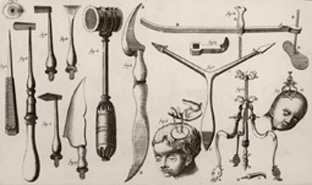